Shooting in the Face of Adversity

As many of us start to go back to work, we’re all painfully aware that shooting under the new Coronavirus regulations is going to provide us with a whole new set of challenges.

And because we know that those who work in this industry don’t shy away from adversity, we thought we’d give you a socially distanced pat on the shoulder by compiling some of the hardest scenes to shoot in the history of film.

Sam Raimi’s vision for the comic book adaptation, was to create a world that was as real as possible. Not easy when your lead character is required to perform gravity defying stunts without breaking a sweat… but Raimi had decided that the best way to achieve this, was to shun CGI as much as possible. In the cafeteria scene, a young Tobey Maguire was asked to catch Kirstin Dunst in one arm, her tray in the other hand and each individual item on top of it without so much as a spill. It only took one hundred and fifty six takes but we think he did a pretty good job,

It wasn’t until cinematographer Roger Deakin received the script for ‘1917’ that he realised Mendes’ movie was to take place in real time and give the illusion of one shot. ‘Yes. That was a bit of a shock” said Deakin. The team soon realised that the best way to achieve this cinematic marvel was to shoot the movie, wherever possible, in sequential order. The real technical challenge was working out ‘how to break the one shot down into sections that were manageable… we had to know exactly where we were going to put the joins.’

The Gold Rush features a scene where actor and comic Charlie Chaplin cooks and eats his own boot. Chaplin, who was infamous for his perfectionism, insisted that they keep shooting until the scene was exactly the way he’d envisaged it. The boot however, (which was not made of leather, but liquorice) had the final say, when on the sixty third take, Chaplin was rushed to hospital with suspected sugar poisoning.

THE LORD OF THE RINGS

Director Peter Jackson also wanted to avoid overusing CGI and one of the film’s continuous challenges, was how to create the enormous height difference between Gandalf (played by Sir Ian McKellen, 5ft9) and Frodo (played by Elijah Wood, 5ft5.) Jackson decided that in order to get the best performances from the actors, the team would play with perspective. Jackson placed McKellan close to the camera and Wood much further away, which worked for the exterior shots but presented difficulty when shooting inside Frodo’s house.  Shooting the interiors presented an enormous amount of work for all departments, most notably the art department who built the sets to some very odd dimensions and the camera team who had to be extremely precise, as even the slightest movement to the left or the right would throw off the whole illusion.

Spielberg’s mechanical sharks, all named Bruce, were at the time, state of the art animatronics. They were designed in 1973 by the film’s art director Joe Alves and featured sophisticated hydraulic systems operated by a web of interior hoses and pistons. But as the shoot got underway they started to malfunction. The skin corroded, the sharks would seize up and it took fourteen people to operate each one. Spielberg knew that they were wasting valuable time so he asked the film’s screenwriters to make changes to the script. The result was that the shark would feature much less in the final movie and many believe,(Spielberg included) that the shark’s malfunctions were in fact ‘a godsend’ and made the film ‘much more suspenseful.’ 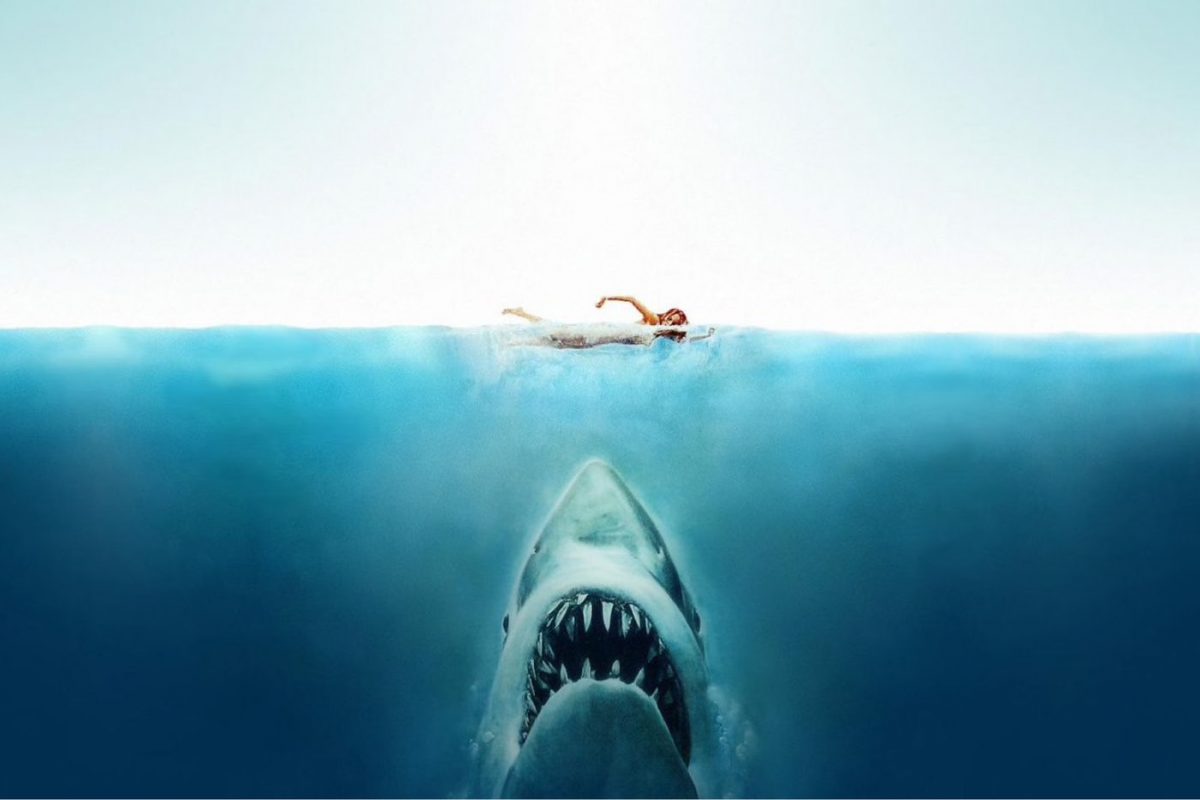