I discovered photography at university – it was black and white film in those days (quite a long time ago now) – and I fell in love with it. But it was the transitional time from film into digital and so they closed the course.  I was so disappointed that I decided; ‘right, if you won’t teach me, I’ll teach myself’. So I bought a camera and got so into photography that I’d cycle to university, take my camera with me and just get lost on the way from North London to South London taking photographs, exploring. 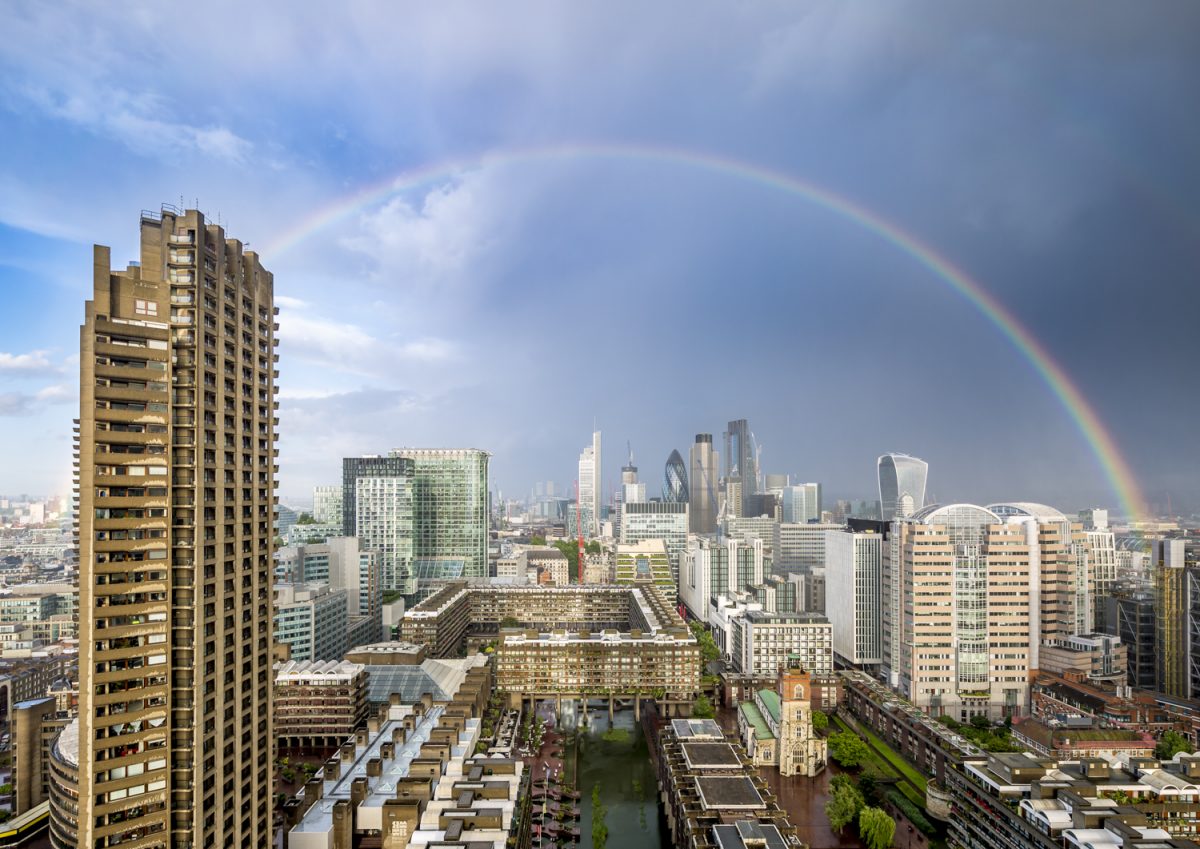 By the end of university I knew that it was all I wanted to do; it was my passion I knew that eventually it would find me some income. I approached the Princes Trust who saw that my early endeavours were based around the architecture of the social housing boom of the 60s and 70s which was in great decline at the time. As this was my main study, they thought it was a social business worth supporting!

Broadly speaking, urban cityscapes. London from the Roof Tops emerged from going into these 60s and 70s tower blocks to explore them and capture the views but the views became more important and more interesting to me. That was 13 years ago now so you could say that I am a cityscapes photographer but my real interest is in where the city meets the sky. I’m an emotional photographer; I go off a feeling that I get from the sky – that determines whether I shoot or not. It’s all about the moon, the sun, the sky, the weather, the rainbows.

I’ve got 3 Canon digital SLRs, 5D Mark III, 5D Mark IV, and 5DS R. That enables me to capture stills with one camera and then capture timelapses with 2 other cameras. My favourite lenses are my tilt shift – 17mm, so very wide – perfect for lovely, wide shots where there may be other big buildings in close proximity so you can keep the lines nice and straight. Definitely my main weapon of choice is the 100-400mm lens – it enables me to get a really nice long zoom to compress the perspective of an iconic building and the moon, usually, or the sun. You really get that high impact effect of bringing the moon in and making it look really large in relation to the building your photographing. 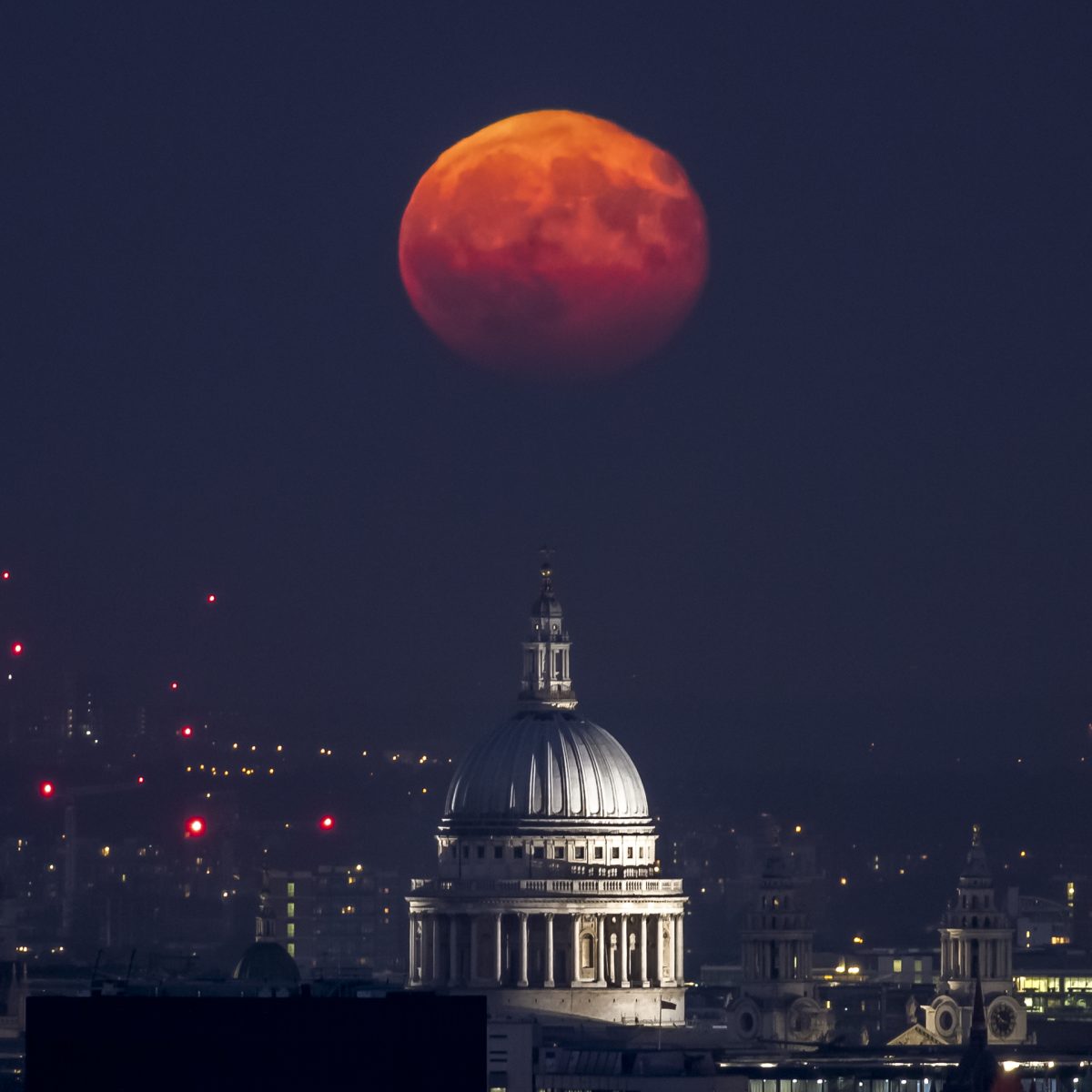 My favourite is probably the sunrise. It’s not just a wonderful creative opportunity, it’s also unpredictable. If the skies aren’t completely clear, the whole transition from darkness into, potentially, an array of wonderful colours, is such an exciting prospect. Watching life beginning touches you on a spiritual level and always leaves me with this sublime feeling of not just having created something nice but also something that inspires people. 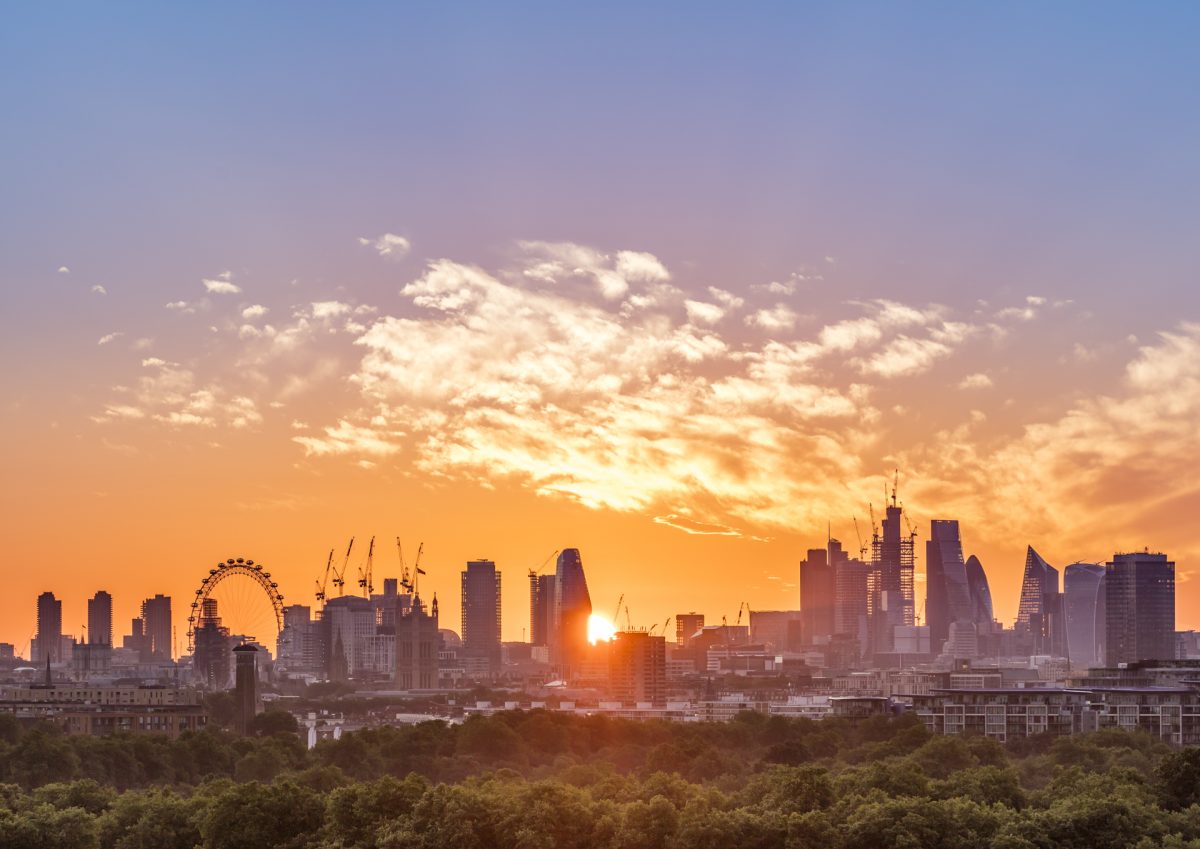 I’ve been shooting the moon for about 5 years as a sort of sub genre of London from the Rooftops and it’s something I call ‘Lunar London’ which has gathered me a bit of a name. Using my long lens to work out where the moon is going to rise in relation to a position and creating those compressed compositions where the moon looks huge next to whichever building I’ve chosen has become a bit of a trade mark style.

I don’t actually take my inspiration from photography. My main one is music – it gives me the feeling that I try to create through visuals. The other is film: the first main one being La Haine, a Mathieu Kassovitz French film. It absolutely inspired my early work at university. The way it portrayed the urban environment in such a gritty and raw way. 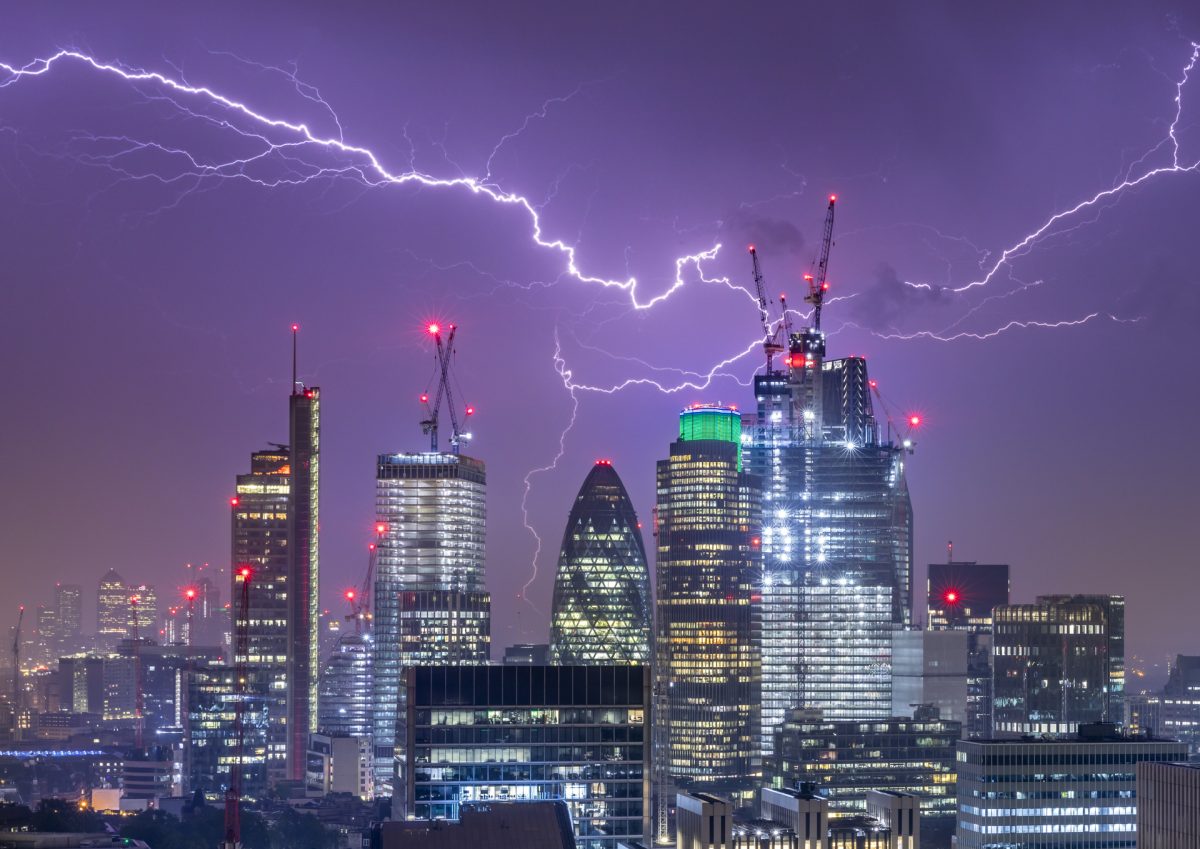 The other film is Godfrey Reggio’s Koyaanisqatsi – his use of timelapse and the way that he created such an emotion in the way we relate to the hectic nature of cities. Photographers wise I’m a big fan of Yann Arthus-Bertrand also Don Mccullin.

My personal work over the last year has slowed down since I’ve had my daughter. She’s One and she has become my project!

Always on Location – my studio is London and the sky! 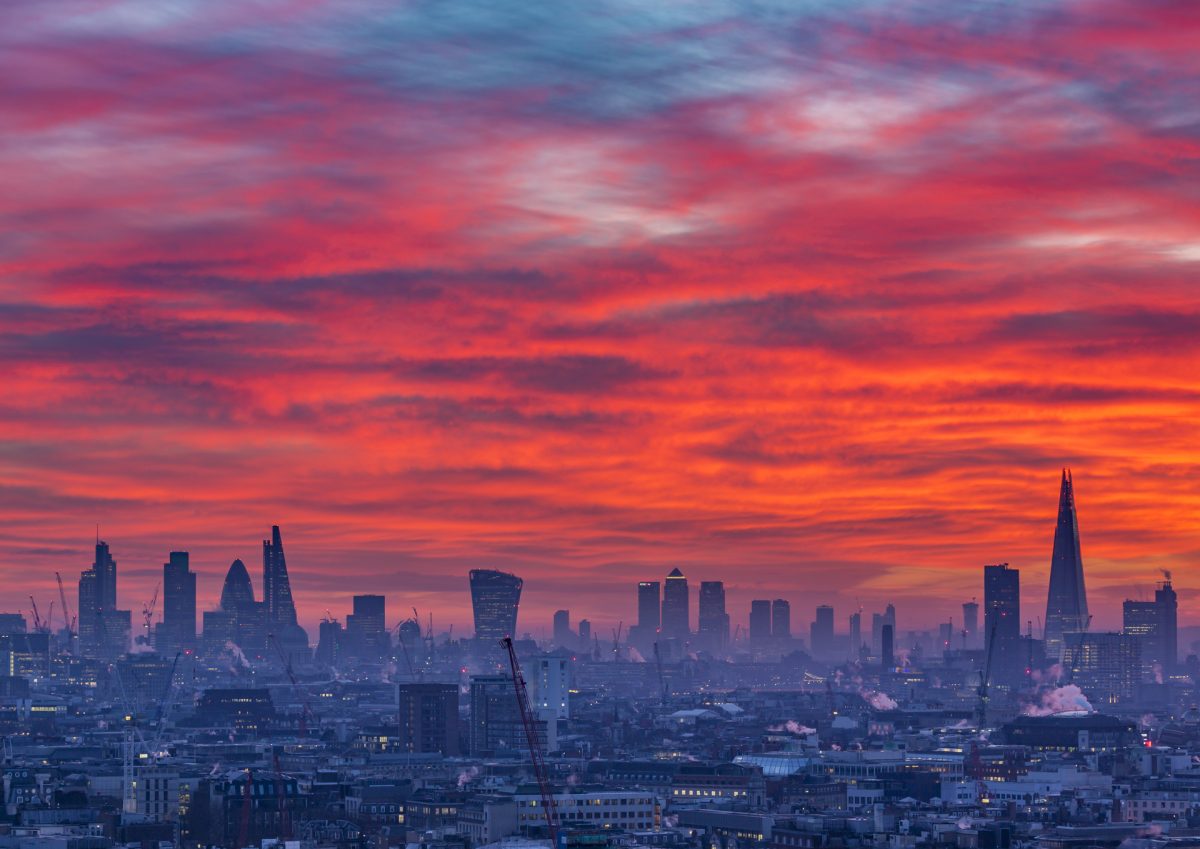 My favourite urban location was New York City. When I first got involved in photography, the London skyline was a bit boring – not much had happened for a long time (that’s changed a great deal now). I used to have to do a lot to make the London skyline look interesting, to look like New York. Now it looks like London and it’s incredible. 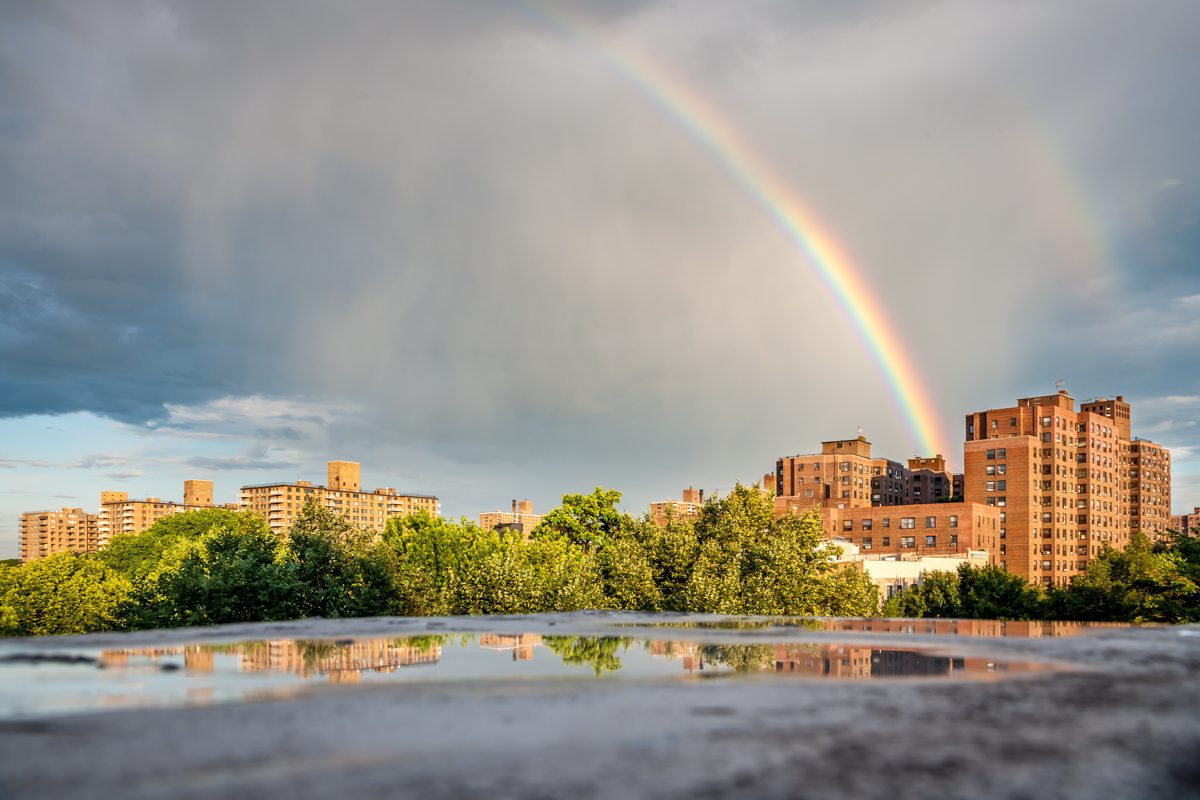 When I was shooting social housing I used to really enjoy going off to any cities that have experimental brutalism, modernist housing architecture. Somewhere like Marseille for example; the unité De Habitacion by Le Corbusier down there. Or Paris and the Banlieues – the large scale housing projects that the’ve got there used to blow my mind! I used to  really enjoy and get quite terrified exploring these outer limits. I actually did 3 exhibitions comparing the social housing of London and Paris. 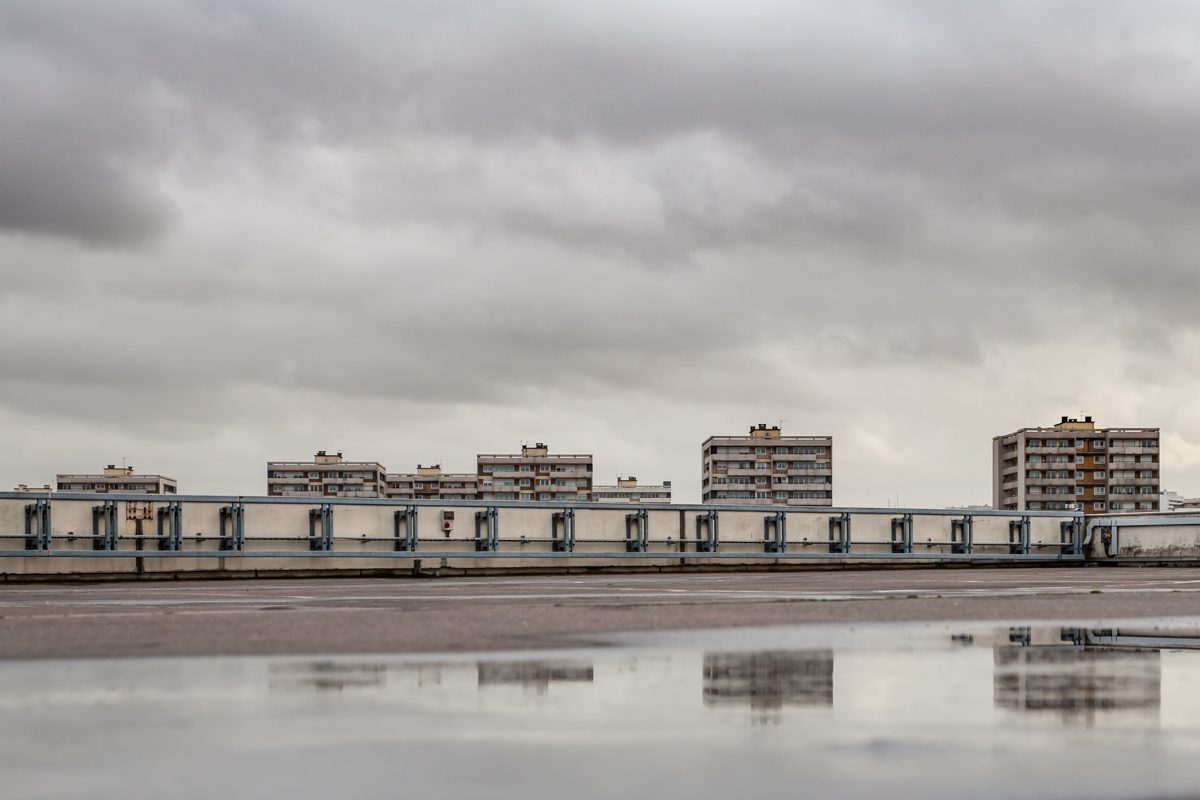 Lastly, Glasgow due to the phenomenal rate of change there. They’ve pulled down so many housing blocks that they call ‘failed schemes’. It’s very interesting photographing the demise of architectural vision or social ideal.

One was when I was looking to shoot one of London’s tallest buildings poking up through a dense layer of fog and to capture that shot from a tall, central London location. One occasion was 2013 when I arranged access through Tower 42 – one of London’s tallest locations at the time – and they thought I was mad asking for permission to shoot on that day. The security guard said: ‘You’re not going to see anything James. What’s the point?’ We got to the top and the security guard climbed the ladder, opened the hatch, got onto the roof and I saw his jaw drop.  I came up onto the roof, looked around me and saw what looked like Jack and the Beanstalk. All you could see was the tops of all the other buildings around – the sun had just come up – it was surreal, absolutely surreal. 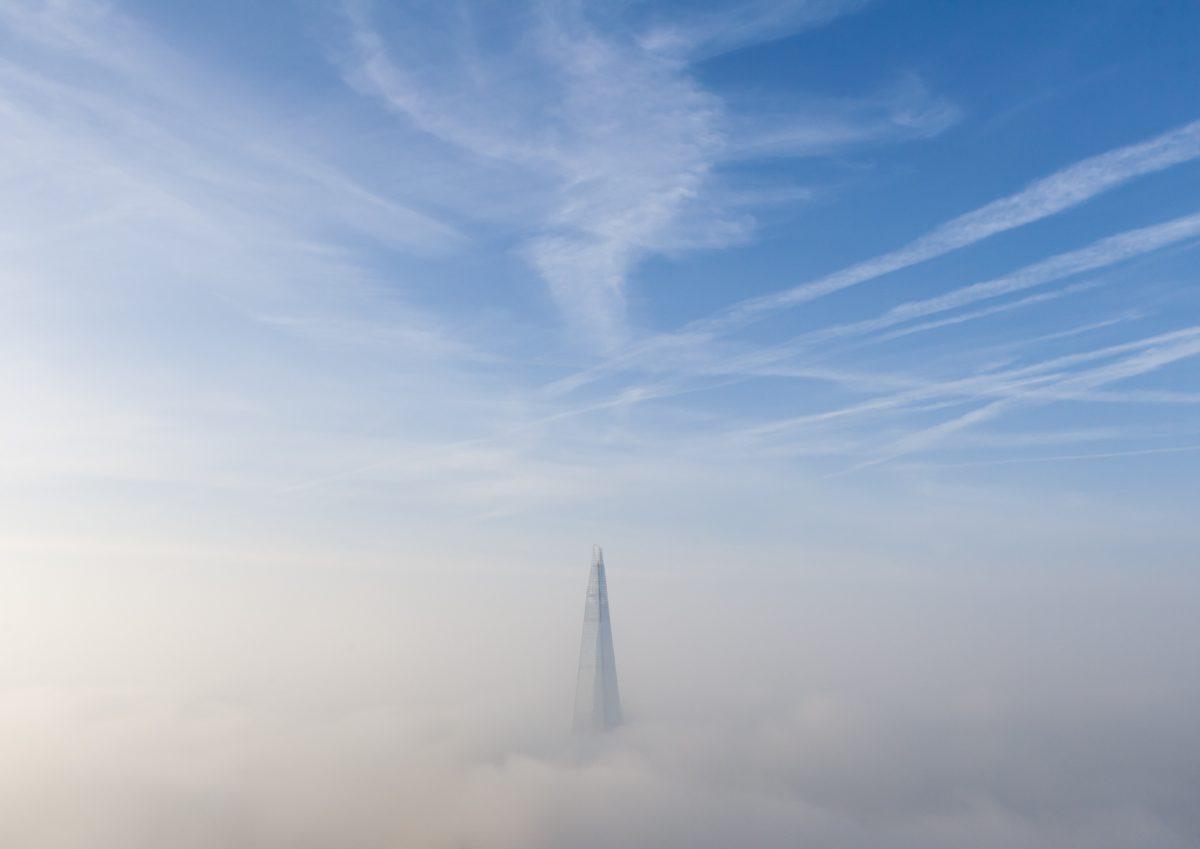 London from the Rooftops will never be completed – it is a work in progress that I will happily do for the rest of my days –  I am always interested in new views so, if anyone who is reading this has a new opportunity for a new view, then please do get in touch and follow @londonfromtherooftops! Thank you 🙂
No, Thank YOU, James!
If you’d like to see more of James’ photography or purchase any prints then you can visit his website here!
« KNORR GET SAUCEY WITH FAT LEMON » Kit Harington’s Omaze-ing Opportuni-tea