The heat wave has officially arrived. I write this from the studio office- possibly the coolest place in London- in both senses of the word, we’re in E8 after all. Whilst sipping on an iced flat white from our resident coffee man, Ross, I realise that I’ve never been so grateful for these thick old factory walls.

So as things reach boiling point in the city (both meteorically and politically) I thought I’d share some of history’s most challenging film shoots, that have quite literally have seen cast and crew battling the elements.

Francis Ford Coppola’s Vietnam war epic “Apocalypse Now” was shot in the Philippines, where severe weather destroyed sets and forced the budget to skyrocket. Coppola famously clashed with Marlon Brando, who refused to stick to the script and gained several pounds during production leading Coppola to try and fire him. Martin Sheen also suffered a near-fatal heart attack – which almost led to the shutdown of the entire film. Luckily, their efforts were rewarded and the movie went on to be nominated for eight academy awards! Phew.

Spielberg insisted on shooting the cult shark classic in the Atlantic ocean in the open sea. (Was he not aware of the perils of the ocean? Had he read his own script?`) This decision led to cast members getting seasick, storms delaying progress, and thousands of dollars worth of camera equipment getting water damaged.

But Spielberg told Entertainment Weekly  “I was naive about the ocean…. about mother nature… but I was too young to know I was foolhardy but had I to do it all over again I would have gone back to the sea because it was the only way for the audience to feel that these three men were cast adrift with a great white shark hunting them.”

Alejandro González Iñárritu insisted on shooting “The Revenant” in chronological order and in natural light – resulting in a grueling production schedule that was entirely weather and light-dependent. The weather decided to show them who was boss… on the Calgary set, the temperature often dropped to subzero. “It’s the worst place for any producer to shoot a film. But it’s an incredible landscape, so we didn’t have a choice.” (Which of course is not entirely true, but does display a dedication to the craft.) 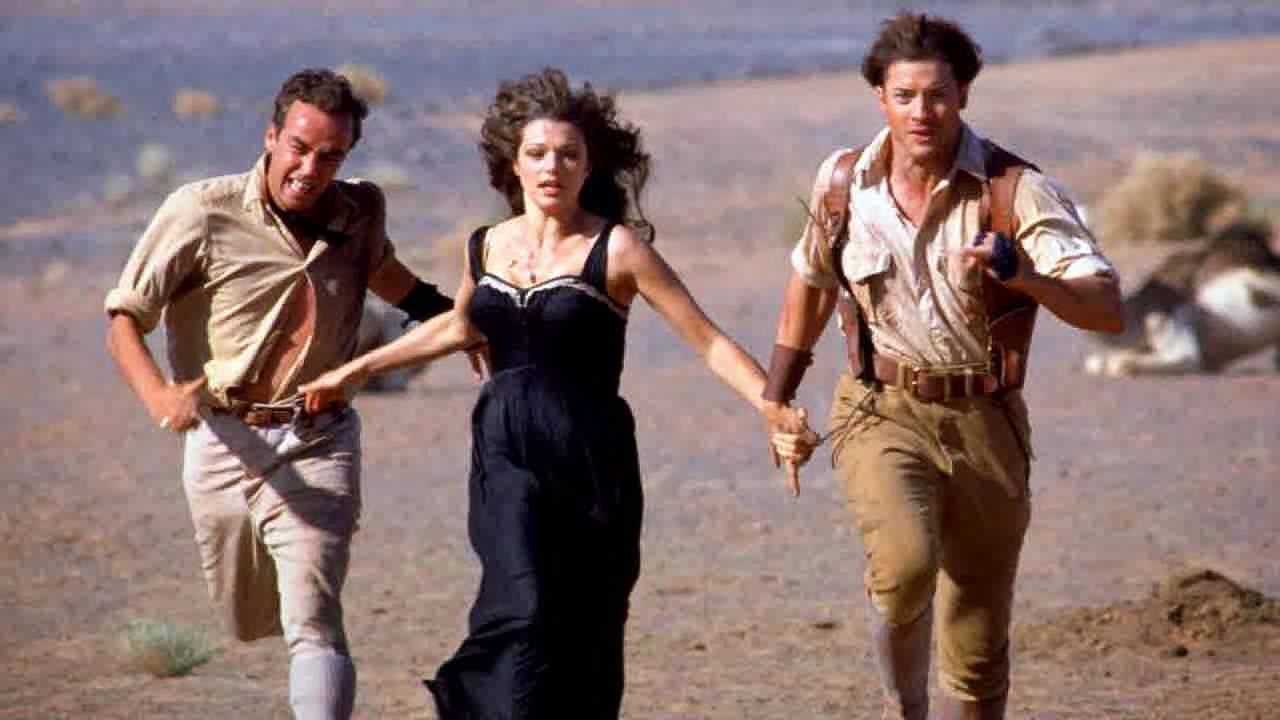 All of the desert scenes were filmed in the Sahara in Northern Africa. In the movie, the characters’ journey to Hamunaptra, or The City of the Dead. And no doubt the irony was not lost on them as they battled life-threatening elements for the best part of six weeks including boiling temperatures, snakes, scorpions, dehydration, sandstorms, and possible kidnapping.

In fact, the producer had to insure the stars against it ‘So, basically, you put a bounty on our head?’ pointed out Brendan Fraser. But it wasn’t kidnapping that stalled production in the end, but dodgy drinking water – proving once and for all that the saying ‘better the devil you know is a load of absolute rubbish.

If you’re shooting in the heat… stay cool out there folks. Some water tips– drink plenty of it, check it’s safe for drinking and if you must shoot in it, don’t let it near the equipment.