St Patrick’s day is here and we wanted to celebrate with a trilogy of films from Dublin that capture that famous St Patrick’s day spirit that the whole world has come to love. 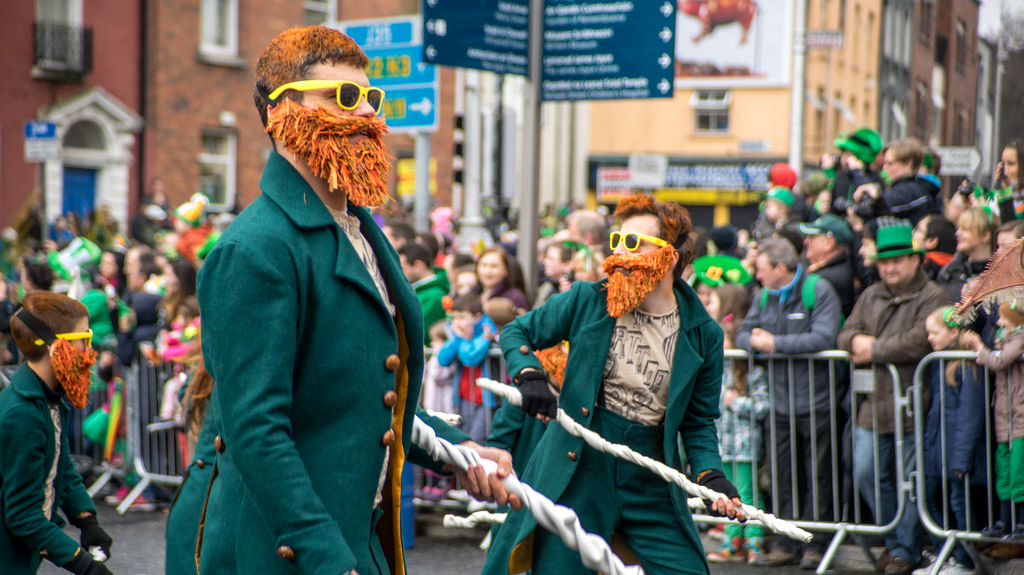 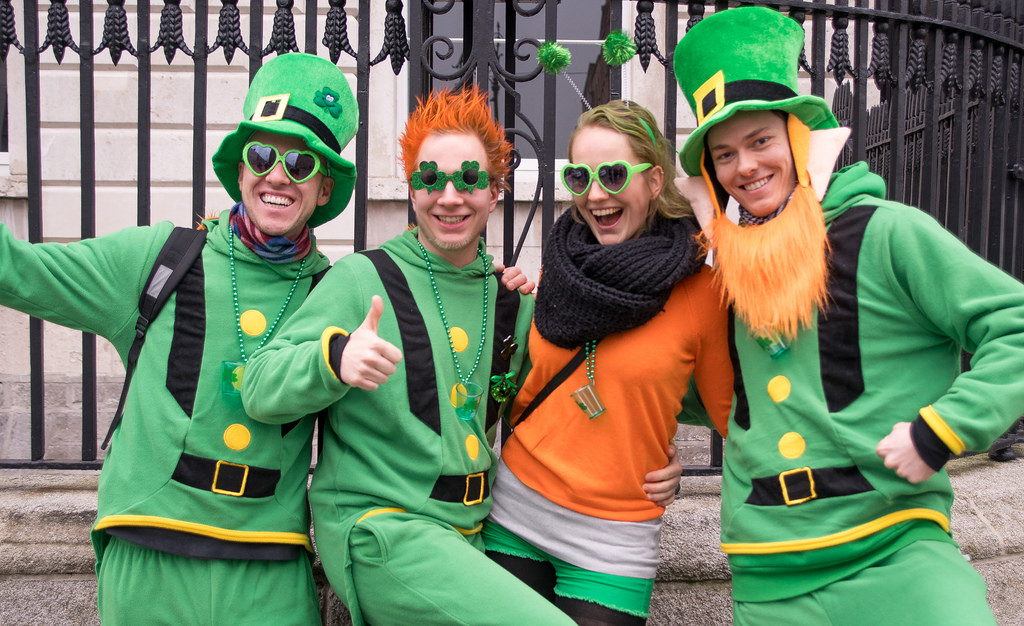 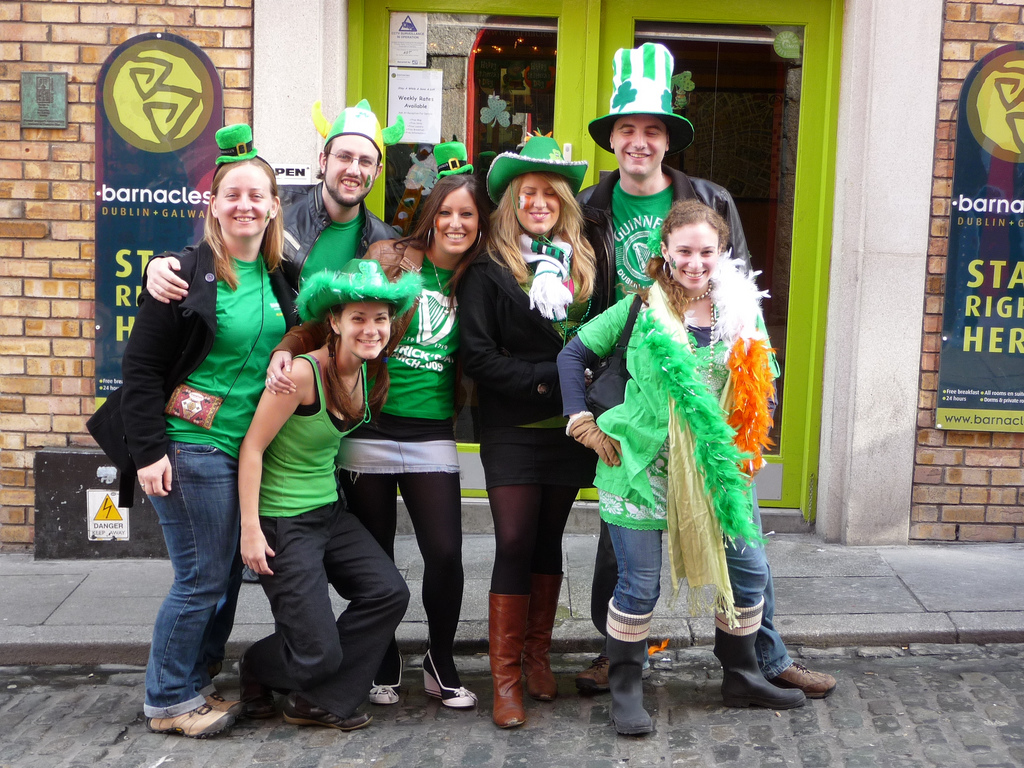 Dublin is a charming city in it’s own right and there has been some great films over the years which highlight the character of the city and it’s people, but three films in particular seem to constantly pop up and stick out the most, commonly referred to as, the Barry Town trilogy. 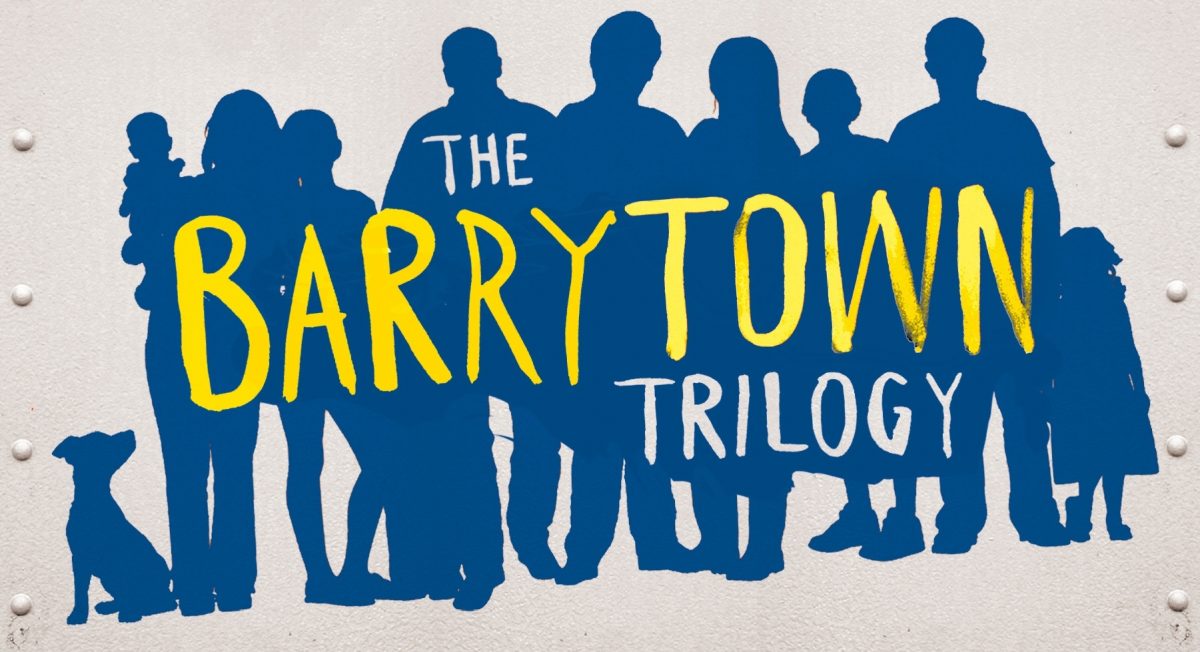 The films in question are The Commitments, The Snapper and the Van. All adapted from the brilliant works of prolific and celebrated Dublin novelist, Roddy Doyle.

Each of the Films capture a unique look into the working classes of Dublin’s North Side, from an R&B/Soul band to a Fish and chips van.

Jimmy Rabbitte (Robert Arkins), a self-proclaimed promoter, decides to organize an R&B/Soul group to fill the musical void in his hometown of Dublin, Ireland. The band comes together but ends up consisting entirely of white musicians who have little experience with the genre. Even though their raw talent and lofty aspirations gain the group notoriety, the pitfalls of fame began to tear at their newfound friendships as they prepare for their big show. 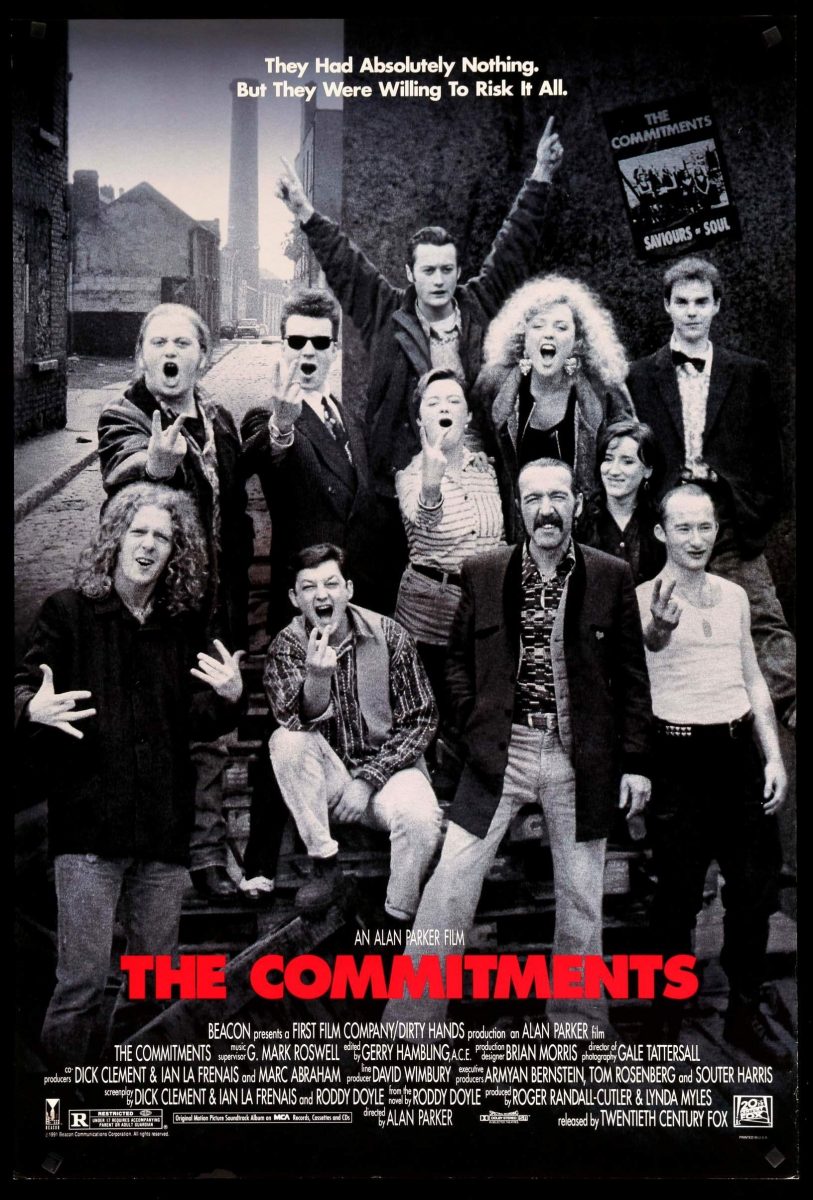 Twenty-year-old Irish lass Sharon Curley (Tina Kellegher) still lives at home with her mom (Ruth McCabe), dad (Colm Meaney) and many siblings. But notoriety in her small town suddenly arrives in the unlikeliest of forms when, after a boozy night on the town, she becomes pregnant and refuses to divulge the identity of the baby’s father. Eventually, the not-so-proud dad is exposed, bringing new levels of embarrassment and complication to the devout Roman Catholic Curley household. 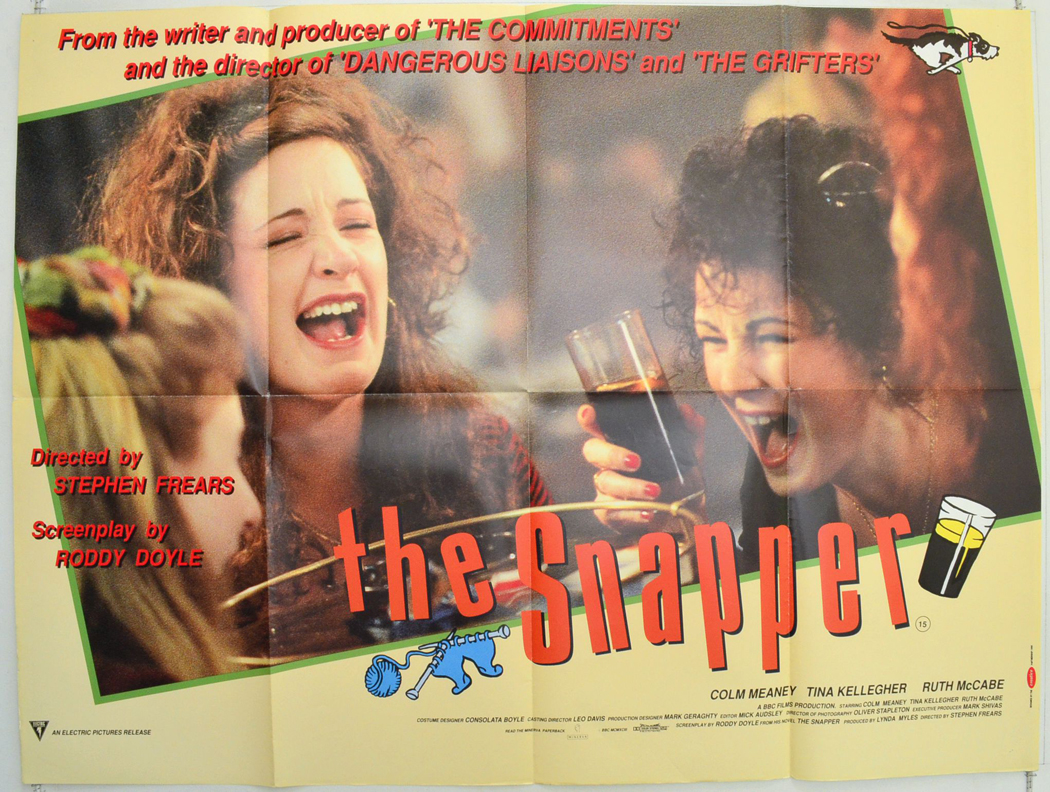 The Snapper is probably the least popular of the three, but it holds a real place in all the hearts of any Dubliner who was around between the 80s and 90s, regardless of age. This film appeals to everyone from the fair city, and proof of which can be seen on social media when the film airs across Irish television form time to time

Given his experience working with food, it’s hardly surprising that after losing his job at a bakery, Brendan “Bimbo” Reeves (Donal O’Kelly) becomes successful selling fried morsels from a van. He hires Larry (Colm Meaney), his best friend, to help, but having Bimbo for a boss doesn’t improve their relationship. The van is eventually closed down by a health inspector — which Bimbo thinks is because Larry ratted him out over questionable food prep techniques — and their friendship is severed. 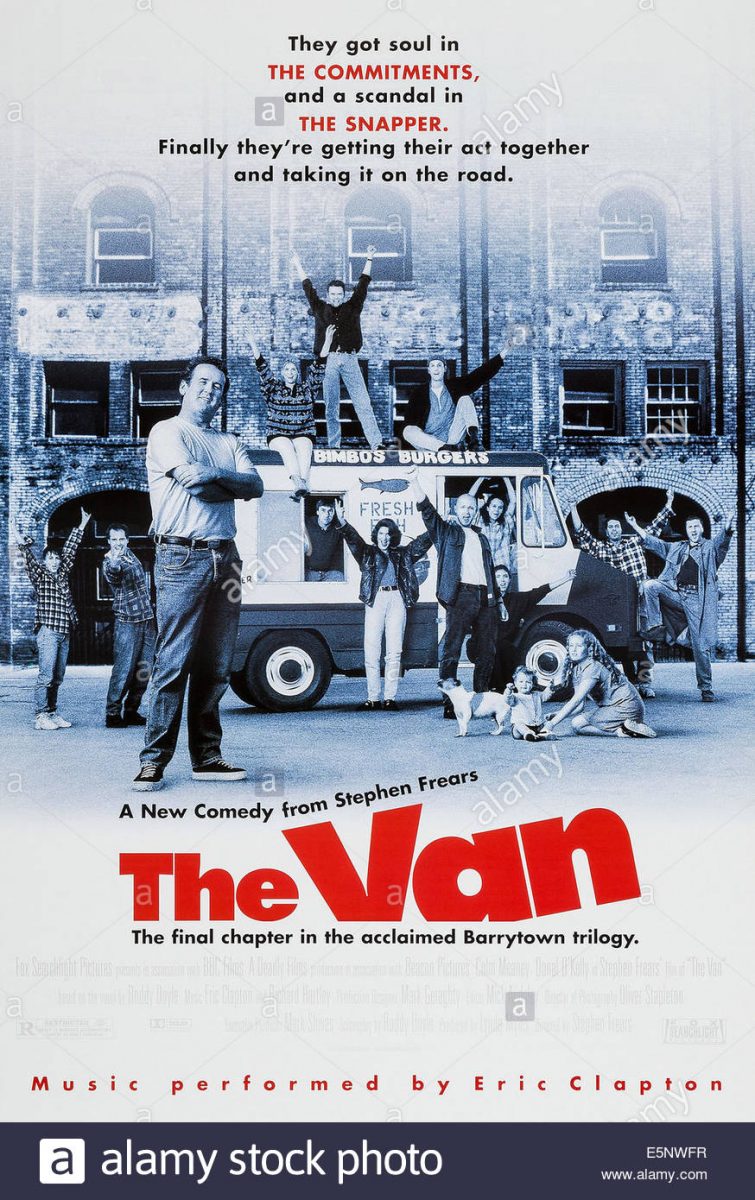 The Van is a charming little Dublin film that really shoes the hard working spirit of working class Dubliners. despite being part of the ‘Trilogy” its not officially a sequal, as Colm Meaney plays a different character (albeit a very similar one) then his role the Snapper.

So there you have it, if you’re looking for not only Irish films to watch for the St Patricks Day but specifically Dublin films, look no further than these three quintessential Dublin Films. Despite all being directed by Englishmen, they are full to the brim with the best of Irish Acting talent both known and unknown.